Mr Sarit S. Raja Shah, a Kenyan national, joined I&M Bank in 1993 as an Executive Director, after completing his master's degree from City University, London. He had previously undergone training at Biashara Bank of Kenya Limited. He spearheaded the expansion of I&M Bank, which besides having 20 branches in Nairobi, is now also operating in Tanzania, Mauritius and Rwanda. He is the Chairman of I&M Tanzania and is a director on the board of Bank One. He sits on the boards of several companies.
Banks Financial Sector

23 May 2013
Following the lessons of the pan-African banking groups’ expansion, a number of local commercial banks have successfully expanded regionally. They differ from the international banking groups in a number of Continue Reading
Share 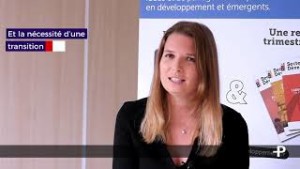