Demand, policy support and supply-chain development have together created a compelling opportunity for private finance to invest in renewable energy in Southeast Asia – private equity funds, as well as local corporates and private investors are currently the main sources of equity. The foundations have been laid and ongoing collaboration between the public and private sectors can build on this to supply the investment needed to support future energy needs in Southeast Asia.

To maintain its projected growth, ASEAN-5’s ¹ installed energy capacity needs to rise by 20–40% by 2025. As the high cost of and dependence on fossil fuel imports, together with unsustainable fuel subsidies, contribute to burgeoning budget deficits, the region’s policy makers are starting to pay more attention to renewable-energy advances being made elsewhere.

Bloomberg ² suggests that 233 GW of clean energy capacity could be built by 2030 requiring investment in excess of US$ 500 billion, so is this an opportunity for private equity funds, including Armstrong? (Figure 1) 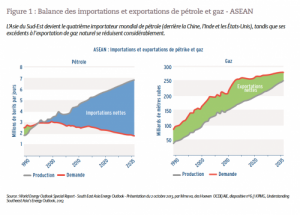 The first and primary driver of recent growth in renewable energy is cost – from 2000–2006, the ASEAN-5 were generally cautious about its development due to its perceived higher cost. Although there was some early success, such as Thailand’s Very Small Power Producer (VSPP) programme, launched in 1992 and revised in 2001 and 2004 that established the base for future expansion, the commitment to renewable energy really only took hold in the face of declining supply-side costs, the rise in oil prices and growing concerns about energy security. 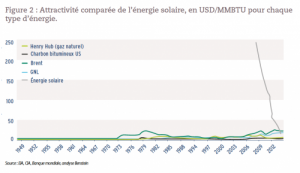 Southeast Asian countries largely rely on fuel oil for power generation due to their widespread populations and inadequate grids  – Malaysia, Thailand and Vietnam are also increasingly dependent on liquefied natural gas (LNG) for bulk power generation, while China, Japan, Korea, Malaysia, Singapore, Thailand and Vietnam are all increasing their LNG imports. However, the sharp increase in oil prices in the past decade has resulted in an expensive LNG netback price of US$ 15–20/MMBTU ³, which translates into an approximate cost of power of US$ 0.15–0.25/kWh.

Furthermore, Southeast Asia’s reliance on fuel imports has created energy-security concerns as oil production and prices continue to be a politically contentious issue. The ability of renewable energy to provide a hedge against oil prices and allow fast-growing economies a certain level of self-sufficiency is an attractive proposition for governments.

As in a majority of situations the cost of renewable energy is now less than the alternatives and is, for solar, wind and hydro energy, essentially fixed for 25–40 years, utilities, distributors, independent power producers and consumers are demanding more.

Southeast Asia’s abundant renewable resources, combined with cost reductions, have resulted in renewable energy now being cheaper than bulk grid power from imported natural gas and fuel oil; in many cases, significantly so. Even for solar, usually perceived as the most expensive source, Armstrong’s analysis of the levelised cost of electricity 4 in Southeast Asia shows current economic viability (Figure 3).

Southeast Asian governments are under mounting pressure to maintain sustainable long-term growth through investment in education, healthcare and infrastructure while keeping a close eye on currency stability and fiscal deficits. They have struggled to maintain a balance -– in Indonesia, total subsidy expenditure of which fuel is the major component 5, has consistently exceeded expenditure on defence, health, education and social protection (Figure 4). 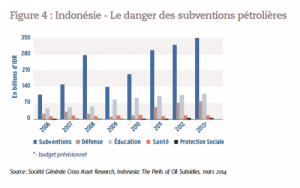 Governments are increasingly recognizing the role that private capital can play and have set up initiatives to support and accelerate the provision of infrastructure. Successful renewable-energy installation and operation projects have allowed governments to commit to more aggressive, competitively priced and credible paths for growth – Thailand has set a renewable energy target of 25 % of energy use by 2022 6; Indonesia, 25 % by 2025 and the Philippines, 40 % by 2020; the EU’s recently revised 2030 target is 27 %.

To achieve these and incentivise private investment, Southeast Asian governments are governments are raising the target quota on FiT projects 7, providing greater clarity on payment mechanisms and working to ensure projects are completed on time. Indonesia is considering a carrot-and-stick approach, raising hydropower tariffs by nearly 64 % while implementing strict timelines with penalties for delay. Thailand is accelerating the development of another 1 445 MW of solar power, while the Philippines has made progress in providing clarity on its FiT mechanism by giving provisional authority to the National Transmission Corporation to implement a FIT-allowance which will help pay developers on time, increased solar project allocations to 500 MW and introduced a first-past-the-post allocation mechanism to reward projects that are on track.

Early infrastructure investors in emerging economies often have to choose between working with an inexperienced local developer and funding an experienced international firm’s first foray into a country. In addition, financial institutions are often reluctant to be the first to participate in new projects, while governments tend to be cautious about foreign private capital. Supply chain issues together with weak support and maintenance services further add to the challenges.

Fortunately, this is evolving – mutually reinforcing movements within the industry and favourable government policies have created an extremely supportive environment for the growth of the renewable energy sector in Southeast Asia. As early policy initiatives took hold and the fundamental drivers of renewable energy continued, a critical mass was reached in solar, wind and small hydro, allowing supply chains to mature to the point of sustainability.
For financiers, increased economic attractiveness and supportive government policies have helped offset the risks associated with the construction and operation of Southeast Asia’s renewable energy power assets. As renewable energy becomes more established, with benchmark success stories, experienced and proven project development groups, world leading equipment suppliers and a wide range of international consultants and legal firms have recognised the opportunity and set up local operations to serve growth in Thailand, Indonesia and the Philippines.

Institutional investors such as insurance companies and pension funds are constantly searching for stable, long-lived assets to match their long-term liabilities. As such, operating renewable-energy assets is attractive as these offer cash-flow profiles similar to annuities, while the stable nature of an operating utility provides diversification from traditional portfolios of equities and bonds.

In developed economies such as the US and Europe, new vehicles and structures such as project bonds, solar real estate investment trusts and public solar ownership funds, have emerged to make solar project investments more liquid by allowing developers to tap into capital markets. More recently, US institutional investors purchased solar bonds as solar portfolios are securitised, and pension funds have shown willingness to buy and own renewable assets.

As both the financial system and renewable energy industry in Southeast Asia matures, interest in assets operating renewable energy systems is expected to escalate as these provide valuable exposure to Southeast Asia’s long-term growth in a risk-controlled manner. Institutional investors have already demonstrated an appetite for Southeast Asian co-investments in such industries as microfinance and e-commerce. We expect Interest in the Southeast Asia renewable energy sector to grow alongside private equity funds that bring knowledge, sector expertise and country-specific experience to the table.

The economic attractiveness, policy support and supply chain development are three key factors that have created a compelling opportunity for private finance to invest in the renewable energy sector – private equity funds, such as Armstrong, as well as local corporates and private investors are currently the main sources of equity. Early participation of private capital has generated government goodwill and new initiatives are in place to increase private finance participation. The success enjoyed by these early participants should encourage broader participation from larger private sector institutions such as pension funds and insurance companies, whose long-term outlook is well matched to renewable energy’s asset life and attractive cash yielding profile.
From Armstrong’s perspective as a long-term investor in Southeast Asia’s renewable energy, the increasing confluence of sensible and supportive policy, supply-side cost reduction and high-quality operators has provided further evidence that the foundations have been laid for further growth in the renewable energy infrastructure. Ongoing collaboration between the public and private sector can build on this foundation to achieve the scale of investment required to support the future energy demands of the expanding Southeast Asia economy.

Thailand’s commitment to energy independence through the expansion of renewable energy is evidenced by the government’s continuous policy support over the past 10 years, despite several regime changes. It currently has more than 700 MW of solar PV and 3 000 MW of bio-power generation capacity in operation. The commitment, which has helped ease political concerns, remains strong with a highly credible path to an energy target of 25 % of energy supply from renewable sources by 2022.
Thailand’s solar sector is maturing rapidly with many equipment/system suppliers; engineering, procurement and construction (EPC) contractors; consultants and service providers present and expanding their operations. This provides developers with economies of scale while investors receive more competitive bids for EPC contracts which assist in improving returns. To take advantage of this, Armstrong has forged a partnership with Symbior Solar Siam, a subsidiary of the Hong Kong-based Symbior Energy, to develop and operate a 1 MW solar PV power plant in northeast Thailand and five solar PV power plants producing 29 MW in Chachaengsao, Prachin Buri, and Nakan Sawan provinces.
The increased economic attractiveness, proven policy support and growing self-reinforcing environment make Thailand the likely hub of renewable energy development in Southeast Asia over the next five years and thereby a key market for the growth of clean energy businesses, aggregation of asset portfolios, public listings and the development of a mergers and aquisitions market.

1 ASEAN-5 refers to the five largest Southeast Asian nations – specifically Indonesia, Malaysia, the Philippines, Thailand and Vietnam.
2 Bloomberg New Energy Finance 2014, 2030 Market Outlook, accessed December 4, 2014 www.bnef.com
3 MMBTU stands for 1 million British Thermal Units (BTU). A BTU is a measure of the energy content in fuel  used in the power industries. One BTU is equivalent to 1.06 joules.
4 US Energy Information Administration defines the levelised cost of electricity (LCOE) as a convenient summary measure of the overall competiveness of different generating technologies. It represents the per-kilowatthour cost (in real dollars) of building and operating a generating plant over an assumed financial life and duty cycle. Key inputs to calculating LCOE include capital costs, fuel costs, fixed and variable operations and maintenance (O&M) costs, financing costs, and an assumed utilization rate for each plant type.
5 Société Générale Cross Asset Research, Indonesia: the Perils of Oil Subsidies, March 2014
6 Source: http://www.boi.go.th/tir/issue/201403_24_3/42.htm
7 FIT is an economic policy created to promote active investment in and production of renewable energy sources. Feed-in tariffs typically make use of long-term agreements and pricing tied to costs of production for renewable energy producers. By offering long-term contracts and guaranteed pricing, producers are sheltered from some of the inherent risks in renewable energy production, thus allowing for more diversity in energy technologies.

Renewable energies and energy efficiency: Beauty and the Beast