Currency derivatives: tools for the most fragile economies

By offering currency derivatives on emerging markets, TCX absorbs the risk related to currency fluctuations and allows the economy to be financed in local currency. This can be essential in the event of an economic crisis. By working with international donors who support local financial institutions and companies, the fund ultimately has an impact on the lives of entrepreneurs in the most fragile countries.

In most cases, entrepreneurs in the most fragile countries do not have access to financing in their currency and are forced to finance their businesses in hard currencies (euros or dollars). As their incomes are in local currencies, in addition to the risks inherent to their activity, they find themselves exposed to a foreign exchange risk which they are unable to hedge. This exchange risk – which is due to the devaluation of their currency – means that local economic agents are immediately obliged to reduce their costs, defer their investments and, in the most extreme cases, initiate bankruptcy proceedings.

Conversely, implementing local currency financing in the most fragile countries allows companies to generate wealth which will be invested locally, create jobs, and ensure the economic activity is sustainable.

It is essential to support private sector flows in local currency. It works with commercial and investment banks to meet the local currency needs of their corporate clients and, in certain cases, to hedge its own foreign exchange risk.

At national level, central banks are essential in building a strong and stable economic fabric, which will allow foreign investors to confidently invest their capital. For example, in Georgia, the National Bank of Georgia (NBG) has – with support from supranational organizations – developed a set of tools to increase access to its currency, the lari, and de facto “dedollarize” its economy. These measures were taken several years after the depreciation of the lari (-32% between 2015 and 2016) – a situation which especially placed a burden on households and companies, which had had extensive recourse to financing in dollars and had seen their nominal debt increase. NBG is the crux of this initiative and has forced the banking sector to finance its clients in local currency, which has had the immediate effect of an appreciation of the lari vis-à-vis the dollar (+9% since early 2017).

In this context, TCX responded immediately to the demand of financial institutions by offering external financing in laris. Consequently, TCX’s entire available risk appetite for the lari was used up in March 2017 alone – something which had never been seen before! Georgia would currently appear to be well placed to effectively “dedollarize” its economy and protect the entire chain.

It is essential to support private sector flows in local currency. It works with commercial and investment banks to meet the local currency needs of their corporate clients 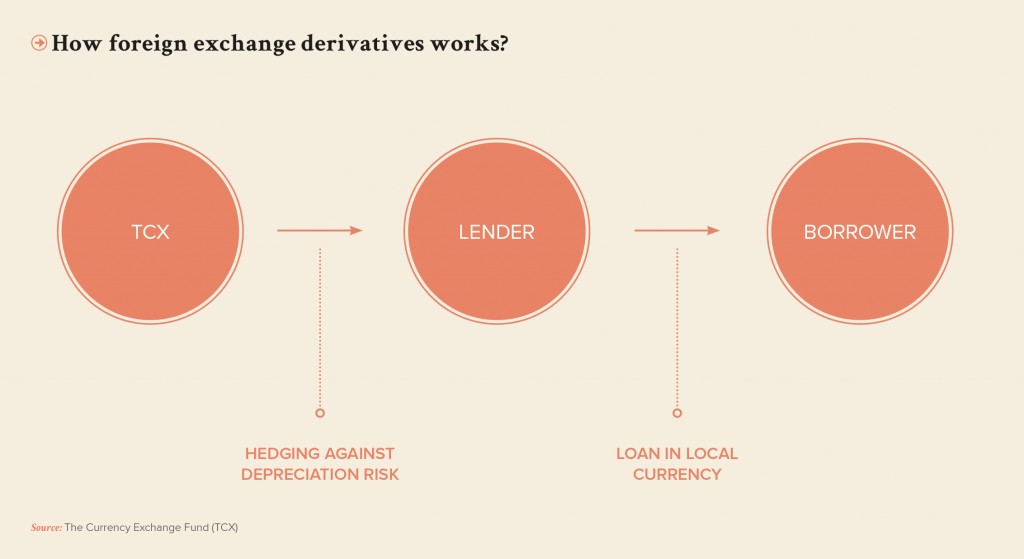 With microfinance institutions, protect the most fragile clients

The world’s poorest countries need financing which cannot only be provided by local public funds.

In the Mekong region, Burma has, moreover, fully grasped the risks of a “dollarized” economy: microfinance institutions and banks are obliged to finance their clients in kyats. To allow the private sector to respect the conditions imposed by the central bank on international donors – which cannot lend over 13% in kyats –, TCX and LIFT¹ have set up a program where funds are made available to TCX to subsidize the cost of coverage offered to its investors. The latter can now finance microfinance institutions in local currencies, thereby meeting the requirements of the central bank, which wishes to protect its population against the exchange risk and limit the interest rate on the loans allocated to the latter.

In Haiti, projects are traditionally financed in dollars. The gourde has continued to depreciate sharply since 2014, at an annual average rate of almost 15%. As the default rate of microfinance institutions (MFIs) is particularly high due to years of sharp depreciations, they have raised their lending rates, which can be up to 60%. These huge annual interest rates also take into account the specific operations required in the island’s rural regions (no road infrastructure to reach clients and collect loans, safety problems in branches, high cost of financing MFIs, etc.). By offering MFIs tools to finance themselves in gourdes, TCX ultimately allows them to stabilize the default rates of their clients and, in the long term, make profits which will allow them to normalize the interest rate they apply. A lowering of interest rates applied to clients is feasible if MFIs manage to use a base of operating costs which is no longer increased by provisions to cover a significant number of defaulting clients. It would also have been possible to significantly reduce these bad debts by financing in gourdes. This would have allowed end clients to be offered loans denominated in local currency, thereby promoting productive and wealth-generating investment.

The foreign exchange derivatives proposed by an increasing number of financial institutions – TCX included – allow services to be provided to entrepreneurs in local currencies. TCX’s mission is, ultimately, to allow the most fragile economies to break out of the impasse and trap of “dollarization” by protecting entrepreneurs against the risk of depreciation, which contributes to the macroeconomic instability of a country. Generally speaking, for each emerging country, the distribution of the foreign exchange risk is a key step in strengthening the absorption and resistance capacity to crises. The fact that this risk is shared between local banks is already remarkable for the stability of these economies. The fact that the foreign exchange risk is transferred to the balance sheet of players who are completely external to these countries is an additional stage. It permanently establishes foreign capital flows in local currency which cannot, for the time being, be provided by the local market. The world’s poorest countries need financing which cannot only be provided by local public funds. There is a pressing need to develop tools like those offered by TCX, in order to maximize the investment impact and thereby meet the needs of emerging countries in the sectors of entrepreneurship, health, energy, water, infrastructure and education. 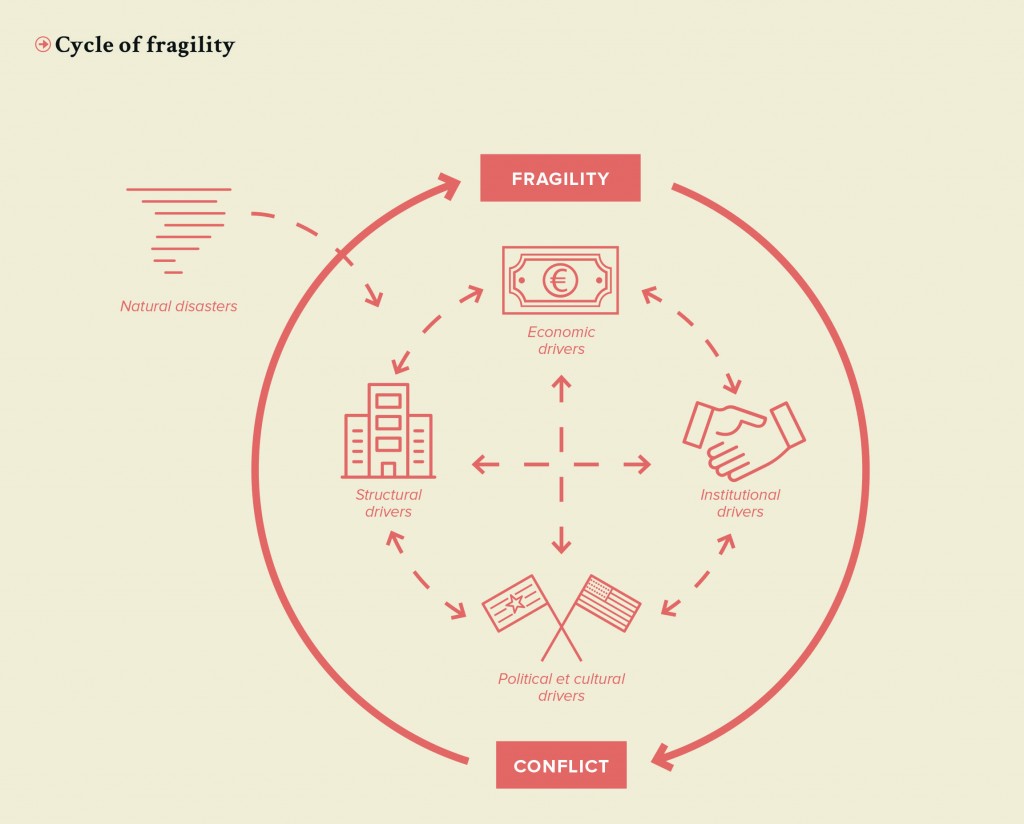 Footnote:
¹LIFT is a multi-donor trust fund which seeks to improve the lives of rural populations in Burma.

Technical assistance: the outlook for a strategic tool for development finance

European DFIs in a troubled world: strategic actors of the European financial architecture for development